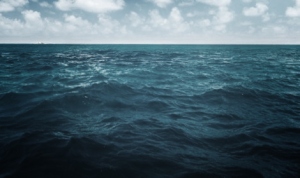 Well that sounds a bit melodramatic. Though I guess it’s not far off from how I’m feeling.

Unfortunately, I have to suspend development and production for my film, The Ocean, until next year. The reason is that I am unable to raise the necessary funds in the brief time between January and May that I designated for pre-production. I have only received information from one of the slew of grants I applied for, which was a denial of funds. Since this film takes place entirely outdoors, I find myself scrambling as summer approaches, and fear that the season will pass before I can begin shooting.

When the project picks up again I’ll have to hire a producer to help me with acquiring production funds.

But to satisfy my itch of going into production with something, I am completing the first draft of a dark comedy which I will reveal shortly. Similar to The Ocean, the plot involves two characters in one location, engaged in a heated debate about — murder! The beauty about this project is that it will be shot indoors, in one location, and with my own equipment, bringing the cost of production down substantially. In fact, the largest cost I can foresee is the talent.

Apologies to anyone who was expecting to work on or see The Ocean. It’s not dead yet, but I suppose I have to take a few more steps to get there.